The local mariners will suggest not to venture out on Lake Erie if there is wind from the west, southwest, or northwest say, 15 knots or higher. Even 10 knots will cause choppy seas. I departed Buffalo, NY the morning of the 23rd with a southerly breeze around 8 knots and 1 foot waves. I motored since the wind was mostly on the port bow of the boat. It was a 30 mile run to Dunkirk. About two hours from Dunkirk, the winds shifted to the west and increased to 18 knots. Lake Erie is shallow and has a west to east orientation. The west wind causes waves to build quickly and only 2- 3 seconds between each wave. Let’s just say the last two hours were very unpleasant before reaching the harbor at Dunkirk, NY. I did not spend much time in Dunkirk since I wanted to get to Erie, PA before the weekend. The forecast was calling for five days of strong winds from the west Saturday through Wednesday of next week.

Here are photos from Dunkirk, NY 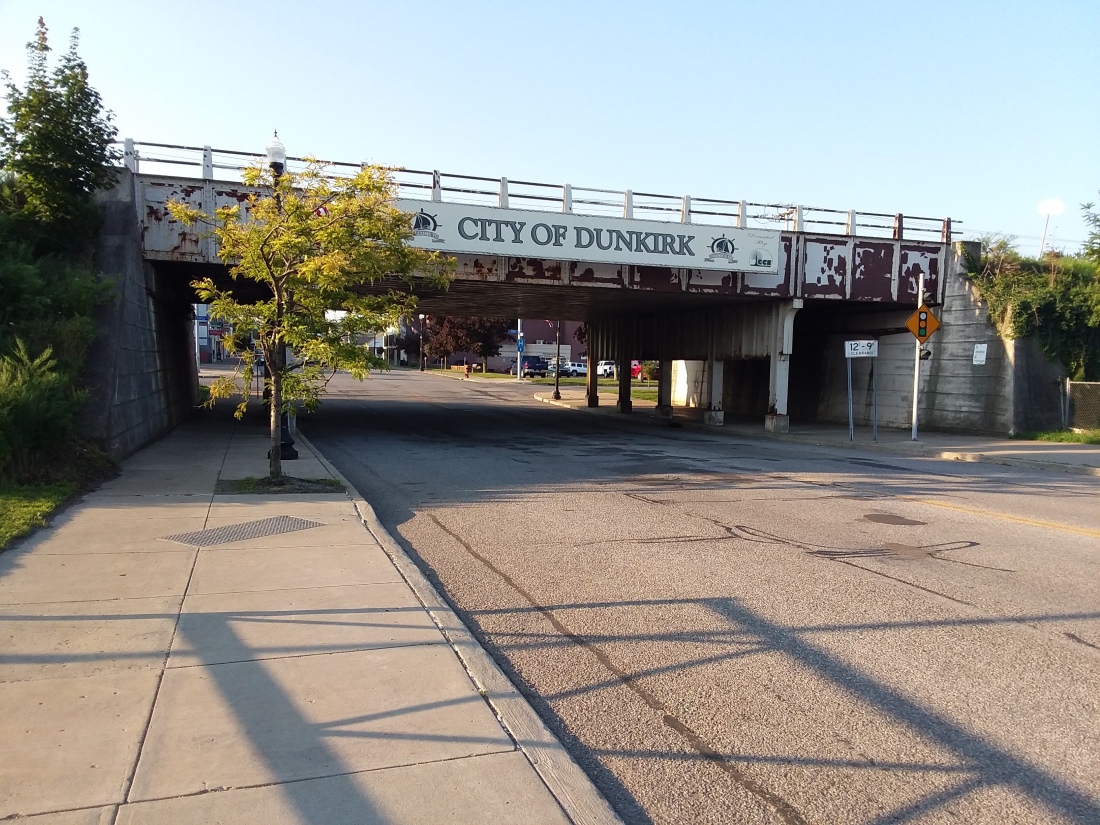