Departed the Algonac Harbor Yacht Club around 11am the morning of September 12. Destination was Port Huron, MI. With the fall weather approaching, morning fog has become an occurrence. This fog is sneaky. You wake up to a bright, sunny day with no fog thinking you can get an early start on the lake or rivers around 7am. About 8am, the fog sets in and you can’t see anything. You have to wait a few hours until the sun burns off the fog. Once underway, I continued up the St. Clair river to Port Huron, Michigan. The river is lined with the usual assortment of houses that you could imagine. Some of the mansions were breath taking. The St. Clair river water is clean having come from Lake Huron upstream. I arrived in Port Huron and stopped at Desmond’s Marina’s fuel dock just inside the Black River. Hoping to tie up at this marina, I was told the Antique Boat Show was in town this week and not likely to find a place to tie up for the night. I did manage to find dock space at the Port Huron Yacht Club and spent the evening walking along the Black River Walk admiring the retstored classic wooden boats of all shapes and sizes.

September 13: departed Port Huron and motored across the river to the Canadian side to head upstream. With just a few miles to go to reach Lake Huron, you pass under the famous Blue Water Bridge. It’s actually two bridges side by side. The incredibly strong current under the bridge is where Lake Huron empties in to the St. Clair River. The four knot current makes for a slow going upstream. My friend, Mac, gave me a tip about hugging the Canadian side of the river to ride in the eddies that form along the shoreline and walls. The current actually flows the other way upstream. Once you pass under the Blue water Bridge, you can see the water pouring in off of the lake at a rate of 186,000 gallons per second. I finally made it out on to Lake Huron and pass the grip of the current. Immediately you notice a deeper blue and clarity in the water. Traveling north just over 200 miles north to top of Lake Huron where it meets Lake Michigan will take about eight days weather permitting. Lake Huron has man-made ports of refuge about every 25 miles. My first stop was Port Sanilac, Michigan. I anchored behind the breakwater and rowed in to the public dock. The town is quaint and has many amentities within easy walking distance. Raymond Hardware store is the oldest hardware store in Michigan that’s has been in business since 1928. It was amazing how big it was and how much merchandise they had on hand. People were very friendly in town.

September 14: The next morning, after the fog lifted, I started to pull up the anchor only to discover the it was fouled with these long weeds that had wrapped the anchor line, chain, and anchor. It took an hour to pull up 81 pounds of anchor and chain, with about another 50 pounds of snarled weeds. I ended switching out my storm anchor to a lighter one for the remainder of the trip unless we get a storm. It was a perfect day on the Lake Huron (if you are a power boater). The water was flat, no wind, and an easy reach to the next port at Harbor Beach, Michigan. I entered the port, refueled, and tied up along an old barge pier near the breakwater. The town was about a mile from the harbor and I decide not to go ashore. Next stop is Port Austin on Saginaw Bay. 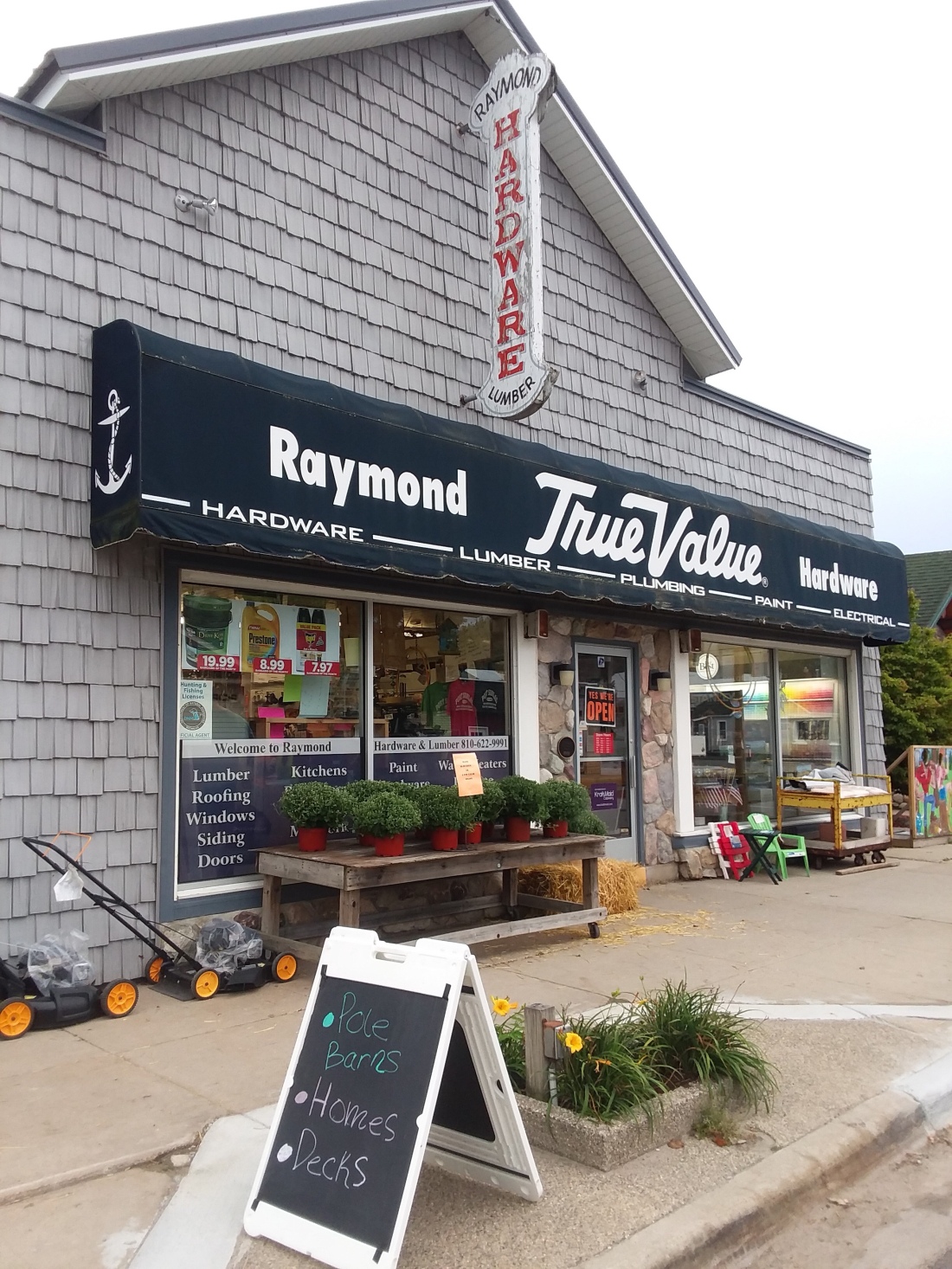