September 15, 2018 Departed Harbor Bay Michigan on a warm, sunny morning with very little wind. Lake Huron was calm. Destination was Port Austin, MI on the “thumb” of Saginaw Bay. The twenty-six mile run was uneventful until the fog decide to return the last hour and a half of the journey. Fortunately, my GPS kept working, otherwise I would have had to anchor and wait for the fog to lift. Fishing nets are marked with small buoys and floating flags. The nets are not always charted making them difficult to see in the fog. Arrived in Port Austin at the municipal marina in the afternoon. Port Austin, MI is known for its sport fishing (bass and perch). The town is quaint and lit up at night with lighted trees. The beach here is very nice with easy access to the lake. Downtown is an easy walk from the marina with the usual stores and restaurants to be found as in any tourist town.

September 16, 2018: Departed Port Austin, MI, after the fog lifted in the morning, with a destination of Harrisville, MI harbor. A forty mile run for the day. Again, the day was warm, sunny, and the lake was calm. Trust me, I’m not complaining about the weather! I had to stay at least a mile off shore to avoid the rocks and shoals and was not able to see a lot of detail on the shoreline. Arrived in Harrisville, MI harbor late afternoon. I did not spend much time in town because I anchored in the harbor late in the afternoon. It was after 7pm when I walked around town. All of the stores were closed by then. The most interesting things I saw was the local newspaper in business since 1877 and a fitness park that actually had fitness equipment outdoors that you could use to exercise while looking over the Lake Huron.

September 16, 2018 Departed Harrisville, MI headed for Presque Isle Bay Harbor. The distance was forty-seven miles northbound. There was a light breeze behind me with following swells on the stern. The wave height was about two to three feet. Each swell would push the boat along an additional 1.5 knots making for good time to my next stop. I arrived at Presque Isle Bay, MI around 5:30pm. The harbor had the usual municipal marina behind a break wall but there was a designated area were you could anchor. I chose to anchor since the water was clear and calm – meaning no wind. My mistake that night was I forgot to check the evening wind forecast. Right after dark, the wind start blowing from the north sending waves and swells into the harbor. My anchor alarm (software app) indicated that the anchor was holding steady. The boat was rocking and rolling and it was very uncomfortable while in the cabin. I considered pulling up the anchor and motoring over to the marina but decided to much could go wrong with that idea and stayed put. I ended up sitting and sleeping on the floor in the center of the boat to avoid be thrown out of my bunk. Not a particularly restful night until the wind stopped howling around 3am.

September 17, 2018. Got up early to make a forty-nine mile run to Cheboygan, MI. The wind was from the north and Presque Isle Bay harbor was still a bit choppy. As I motored out of the harbor on to Lake Huron, the waves were smack on the bow of the boat and it was too choppy for a nine hour journey. I returned to the harbor and motored over to the municipal marina. The forecast looked better for tomorrow and decided to stay one more night. I met a guy (you won’t believe this) who is kayaking the Great Loop. He left Florida two and half years ago and expects to take another two and a half years to complete the loop. He has already kayaked up the eastern seaboard to Maine and down the Saint Lawrence Seaway as well as kayaking from San Francisco to Sandiego, California. He has twenty sponsors and also gives motivational speeches to kids in schools along the way. He sleeps in a tent where ever he is and has a dry suit for cold weather. HIs name is Rich Brand. He is a professional adventure/explorer/inspirationist and a photographer. Check out his website at http://www.capturedheartbeats.com. 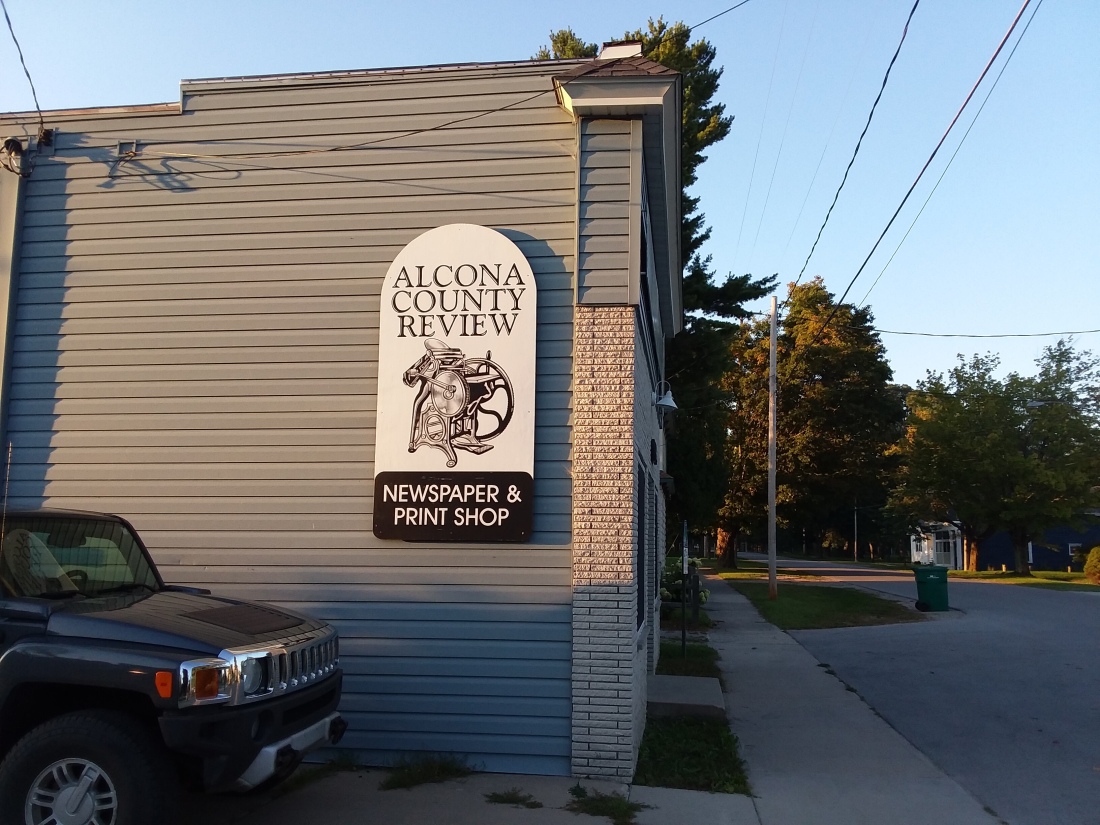